Brief
Heineken The Takeover was all about interactivity. During a music event hosted by Heineken, the crowd is in control what music will be played. Visitors receive a wearable device on their Heineken bottle which could be red or green with a push on the button. By raising the bottle in the air the crowd can cast its vote. The song that will be chosen will enter a Heineken world, which is totally synced on the music. That’s where Boompje Studio came into play.

Concept
With a crowd of thousands during the event the voting needed to be visualized in grand fashion. The panoramic LED screen were designed in two sections, red and green. The more voters for the red choice, the more the red part would light up and grow, pushing the green part to the side. After several seconds the song that has been chosen the most, will be entered.

Production
Together with Massive Music, Showsync and Westframe we used modern wearable technology like an accelerometer in combination with a tracking device to measure people’s movement, the system can transform this data into an interactive live-stage setting through Ableton. This all being ran from only one laptop during the event. 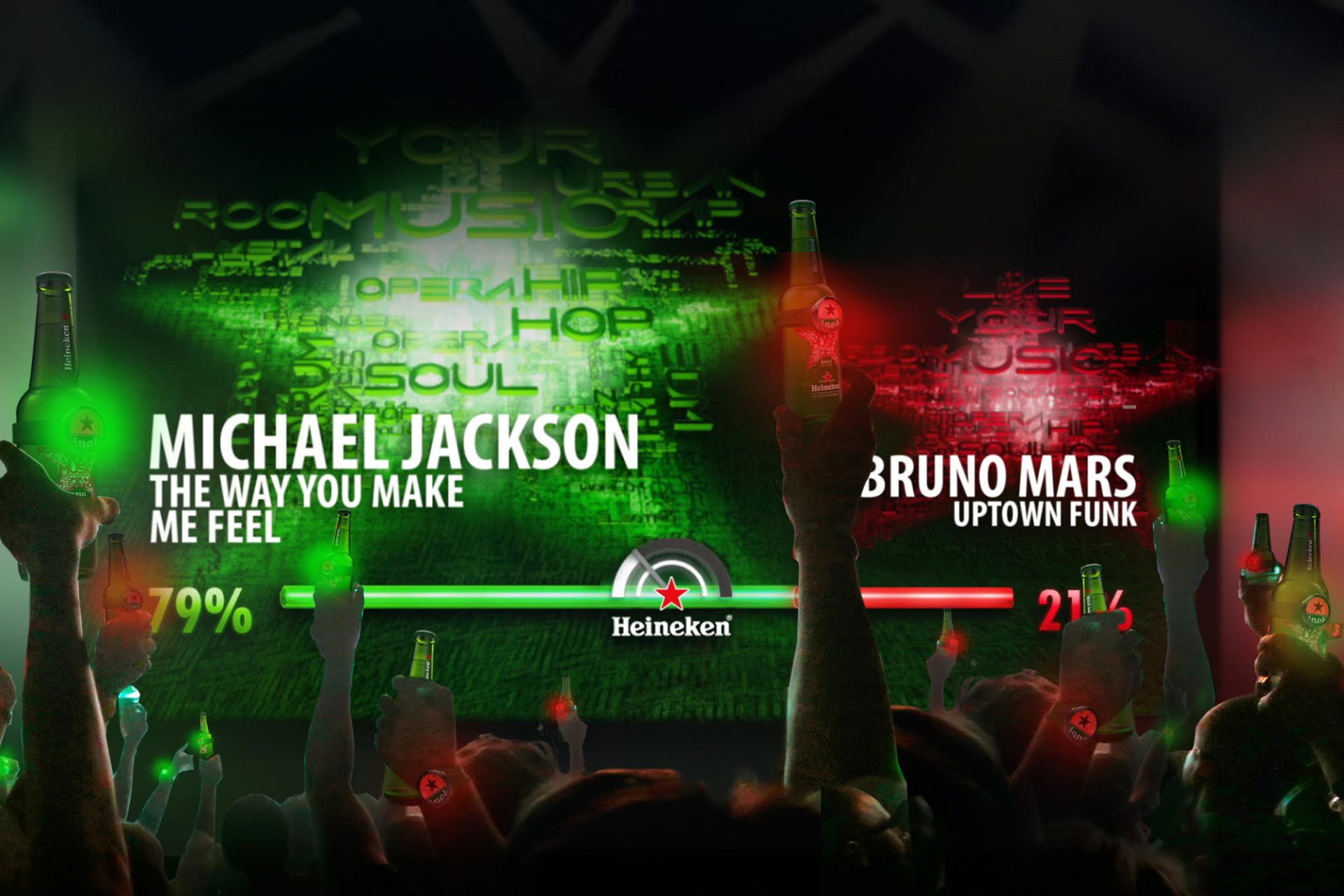